The United States is facing a crisis of social issues

The United States has never been a stranger to social injustice, and polarization around social issues has only increased in recent years. 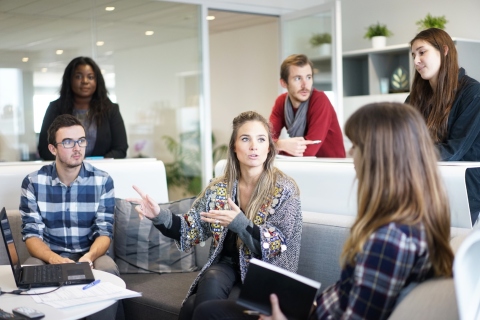 The United States has never been a stranger to social injustice, and polarization around social issues has only increased in recent years. However, discussing and confronting these issues is essential for progress, and for the country to keep its place of prominence on the world stage. Long held as a global superpower, the United States’ policies and problems inevitably impact the rest of the world. Though every country has its thorny issues, the power and reputation of the United States means that their issues carry a lot of weight. To understand what America faces today, it is necessary to understand some of the top social issues:

It is an unfortunate fact that in America today, the rich are becoming richer and the poor are becoming poorer. The current administration favors policies that offer tax breaks to the rich, remove social safety nets for the poor, and exacerbate the unequal distribution of wealth. While democratic socialism is gaining steam in mainstream U.S. politics, capitalism still rules and the wealth gap grows daily.

Despite the United States’ reputation as the wealthiest nation in the world, an estimated 13% to 17% of Americans live below the federal poverty line. And this number is only increasing. The U.S. government does not offer an absolute definition of poverty, but measures poverty based on how income relates to the cost of living. By any definition, the number of people living in poverty is on the rise.

Schools in the United States are not created equal. Children are required by law to attend school, and the U.S. Dept. of Education ensures that public education is available to all children. However, much of the funding for K – 12 education comes from local taxes, which means that schools in affluent communities fare much better than schools in poor communities. Depending on where children are born, the quality of public education they receive can be vastly different. Children in underfunded schools are also more likely to drop out, which is becoming an increasing problem.

The United States incarcerates more people than any other country in the world, and the prison population is only growing. Due to economic and racial inequality, people from poor communities and communities of color are disproportionately likely to find themselves in prison. Mandatory minimum sentences and harsh drug laws are responsible for large swaths of the incarcerated population.

The United States does not provide universal healthcare to its citizens. The healthcare system is privatized, meaning Americans must either obtain health insurance or pay impossible prices for medical care. While most employers offer health insurance to their full-time employees, people often face high premiums and out-of-pocket expenses. Those who are unemployed, employed part-time, or self-employed must pay even more to purchase their own insurance. Certain studies suggest that medical bills are a leading cause of bankruptcy in the United States.

Rising costs of living place a burden on American families. And unfortunately, wages are not keeping up. As a result, many Americans find it difficult to make ends meet, struggling to afford even the basic necessities. With the cost of living so high, and with housing and healthcare costs on the rise, many people have little—if any—money left over to save. This could be one of the reasons that Americans save less than their counterparts in any other developed nation.